This Summer general meeting of the Branch took place in less than ideal weather conditions. After nearly two weeks of brilliant sunshine and high temperatures, members were confronted by light drizzle and a heavily overcast sky.

Turnout was low, but this was the final Wimbledon Saturday – and the start of the holiday season. At least one key figure, our secretary, Bob White was also obliged to offer apologies because of another engagement.

Those who gathered had come, in some cases, considerable distances. Starting locations that morning included Shrewsbury, London, Loughborough and Norfolk. Ironically, a new member attending his first Branch event, actually hailed from the local area – Biggleswade.

John Farrell had seen to it that the journey was worthwhile for all. A welcome cup of tea or coffee was available on arrival and followed quickly by his introduction to the Defence Intelligence and Security Centre. This gave a clear idea of the scope and diversity of activities on site.

A very well qualified RAF member of the instructional staff of the Defence Special Signals School then gave a fascinating, illustrated introduction into an area of specialist training conducted at the School. It was explained that, in the later stages of very sophisticated technical training, certain students are given additional instruction, lasting six weeks, that introduces them to some of the more esoteric areas of global telecommunications. The presentation made it very clear what a demanding environment the serving members of the Y family face today.

Weather conditions drove members into the sanctuary of the Centre’s riverside sports and social club to enjoy their ‘picnic’ meals. Immediately after this interlude, and before the General Meeting, a few individuals, escorted by a serving member, visited the Priory Officers’ Mess. Amongst them, Ron and Joyce Moule, who had both seen wartime RAF service on the site and in the actual building, were able to give a privileged insight to others into the way that the Priory had been set up for operations in those days.

The afternoon meeting was relatively short and to the point. Amongst the highlights were a resumé of the annual conference outcomes from our delegate, Chairman Terry Whittles, a discussion on future events and the announcement that Clive Sanders had regretfully declared that he could not continue to serve as Branch Standard Bearer. Our Chairman spoke for all our members when he expressed appreciation for all that Clive had done to represent the Branch – notably at two Festivals of Remembrance in the Albert Hall. 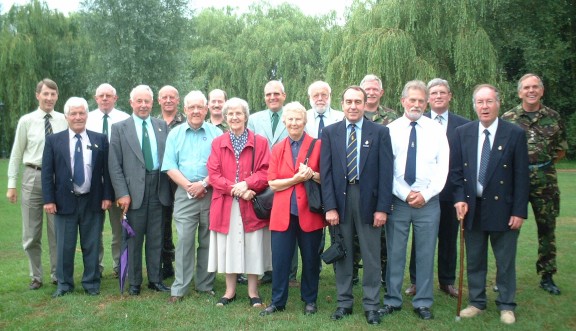 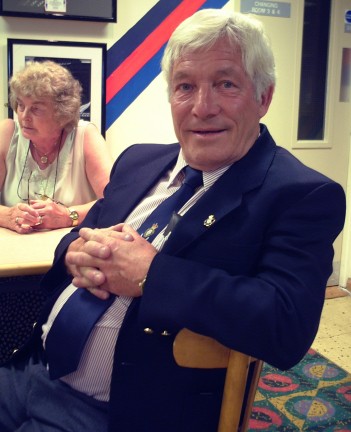