A packed congregation watched as our new Branch Standard was blessed and dedicated at St Mary in the Elms Church in Old Woodhouse on Sunday 19 August 2018. The Mayor of Charnwood, Councillor Christine Harris, and the Mayoress, Cynthia Bradley-Stevenson, were in attendance.  The Reverend Lisa Temperley-Barnes officiated and the ceremonial aspect of the service was orchestrated by the Warwickshire & Birmingham County Parade Marshal, Fred Guy.

A former Royal Artillery bugler, Bobby Crick, sounded the Last Post and Reveille with the County and Branch Standards from Warwickshire and Birmingham County, National Branches District, South African Veterans and the Royal Signals Association, forming a guard of honour.

Branch President Colonel (Retd) Eric Sambell, told the congregation that it was fitting and appropriate that the old Y Services Branch Standard should be laid up in St Marys Church situated as it is almost centrally between the former Garats Hay Camp, where many Y service personnel were trained, and Beaumanor Hall, which was the site of a World War Two listening station.  The ceremony included prayers for the fallen and for those currently serving in HM Armed forces.

The old Standard was well worn and looked tired after many years of parading at ceremonial events, veterans’ funerals and, more recently, at the Menin Gate in Ypres for the Royal British Legion’s Great Pilgrimage 90.  Whilst Prince William and the Prime Minister were at the Amiens Cathedral in Northern France on 8 August 2018 commemorating the beginning of the last 100 days of World War One, over 1200 Legion Standards were on parade, not far away, in Ypres, Belgium, marching in remembrance of the original pilgrimage in 1928 when members of the Legion, with their Standards, comrades of the fallen, widows and families paid homage to those who had died in the conflict by visiting the trenches in 1928.  A wreath was laid by the Branch at the Menin Gate in Ypres with a message composed by a student from Welbeck Sixth Form College, located at the former site of Garats Hay Camp. [See separate report].   The new Branch Standard proudly displays the emblem “Ypres 2018.”  A packed congregation enjoyed light refreshments after the ceremony in the Woodhouse Village Hall. 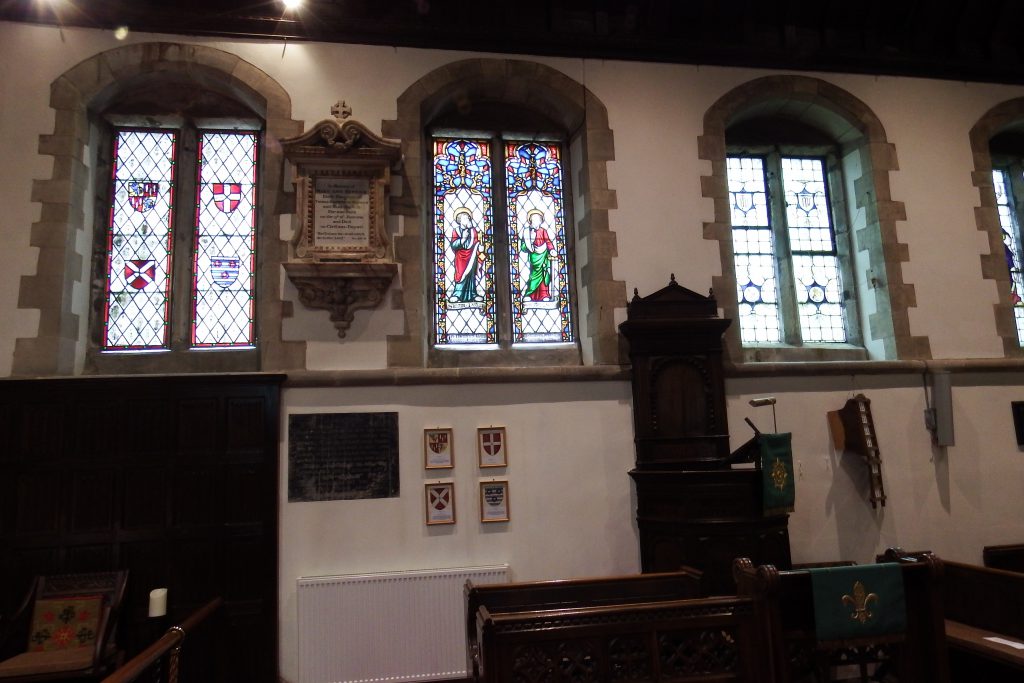 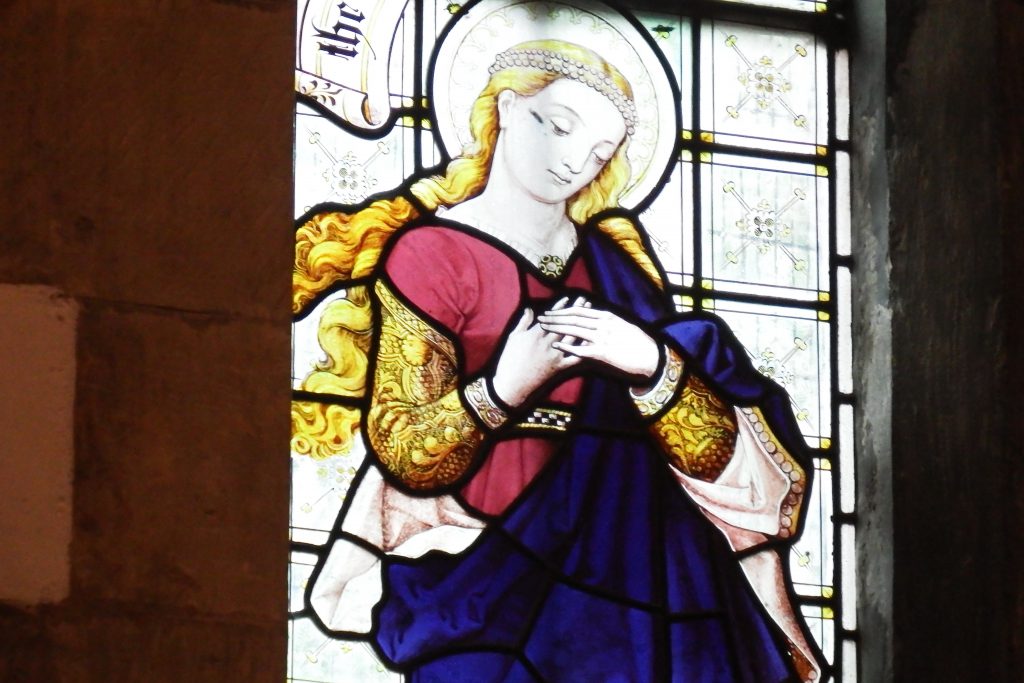 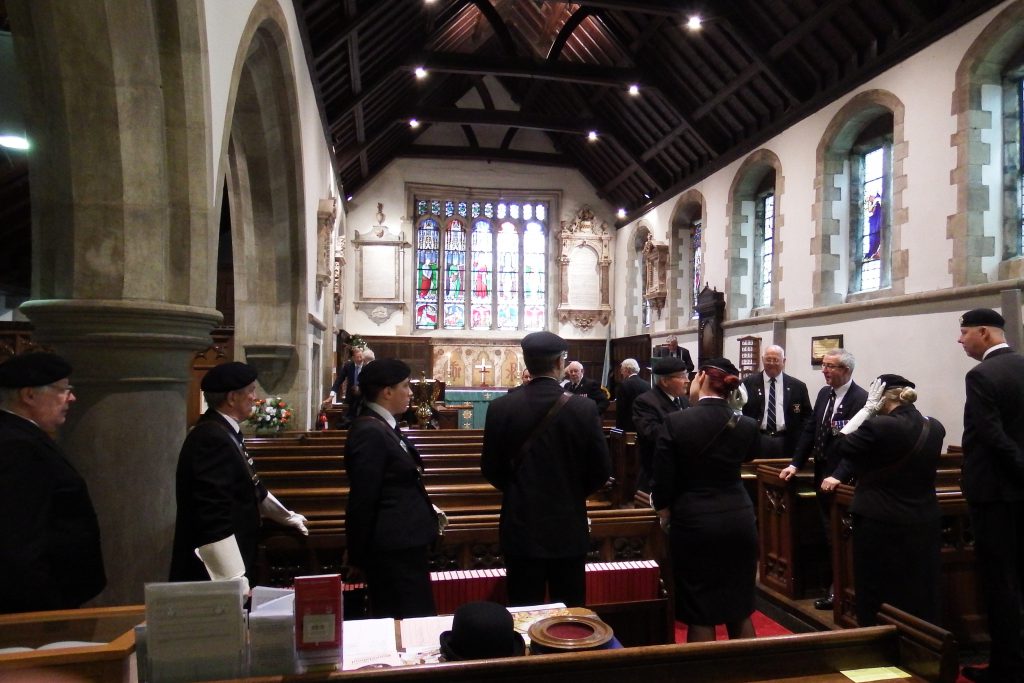 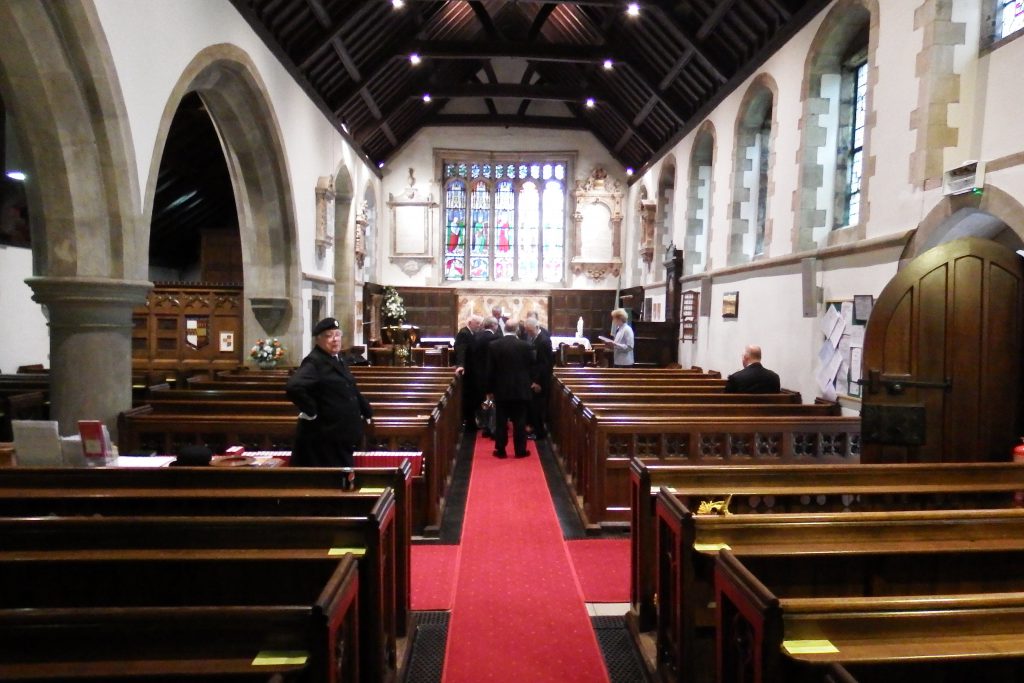 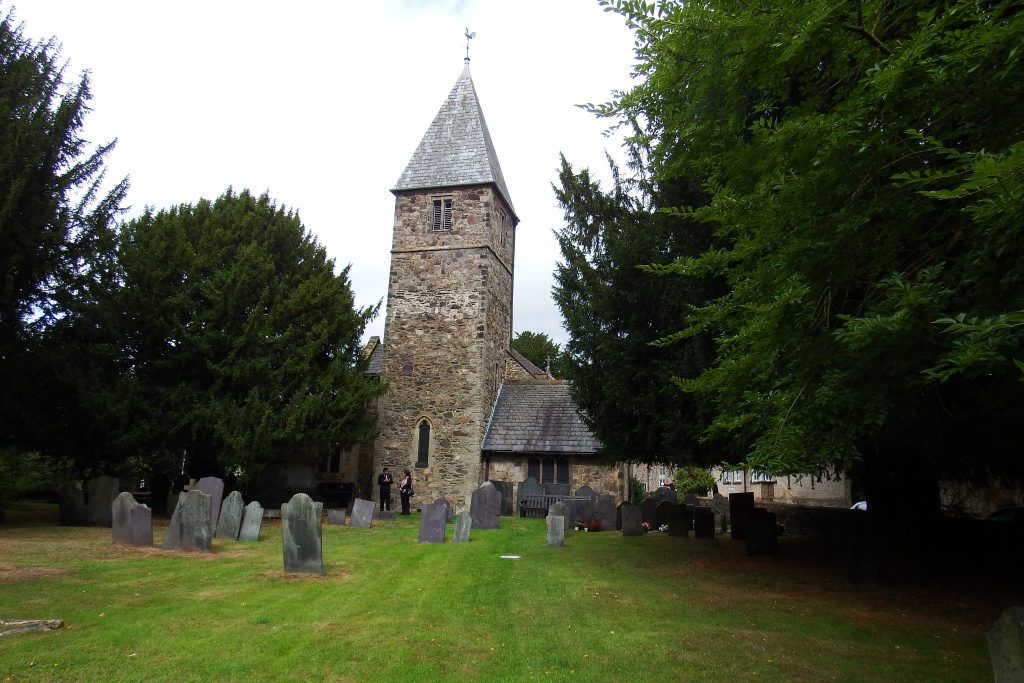 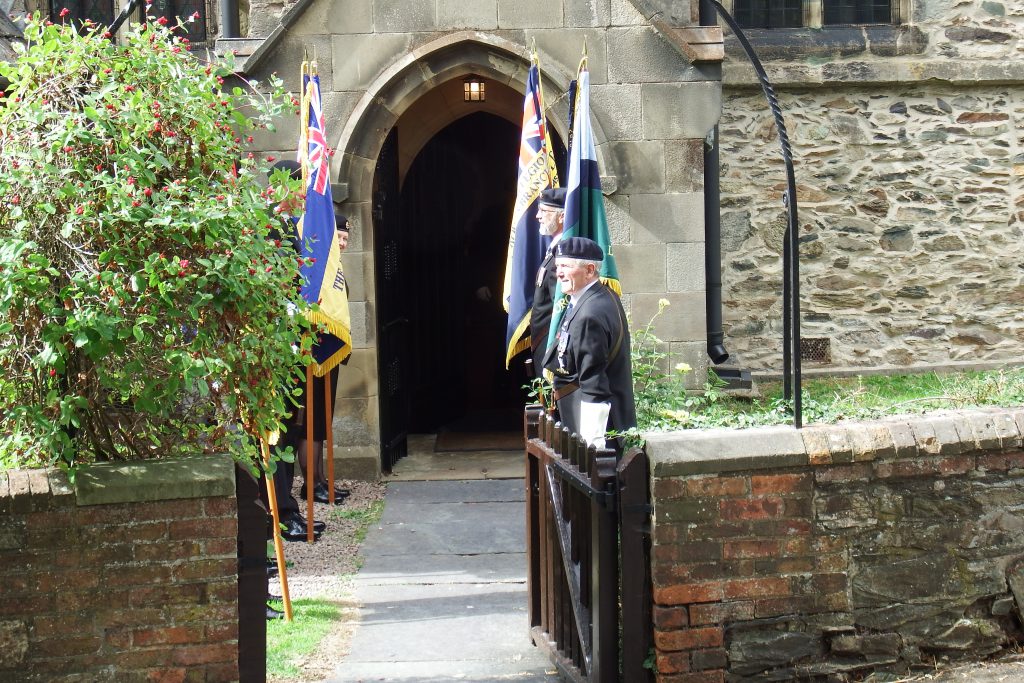 Guard of Honour formed by RBL and RSA standards 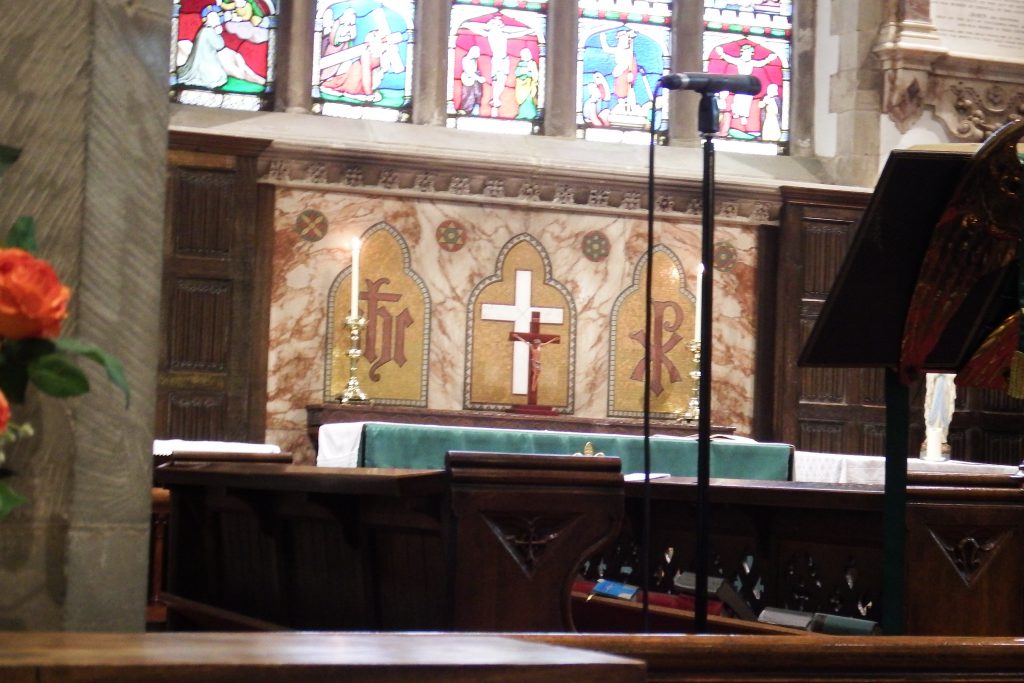 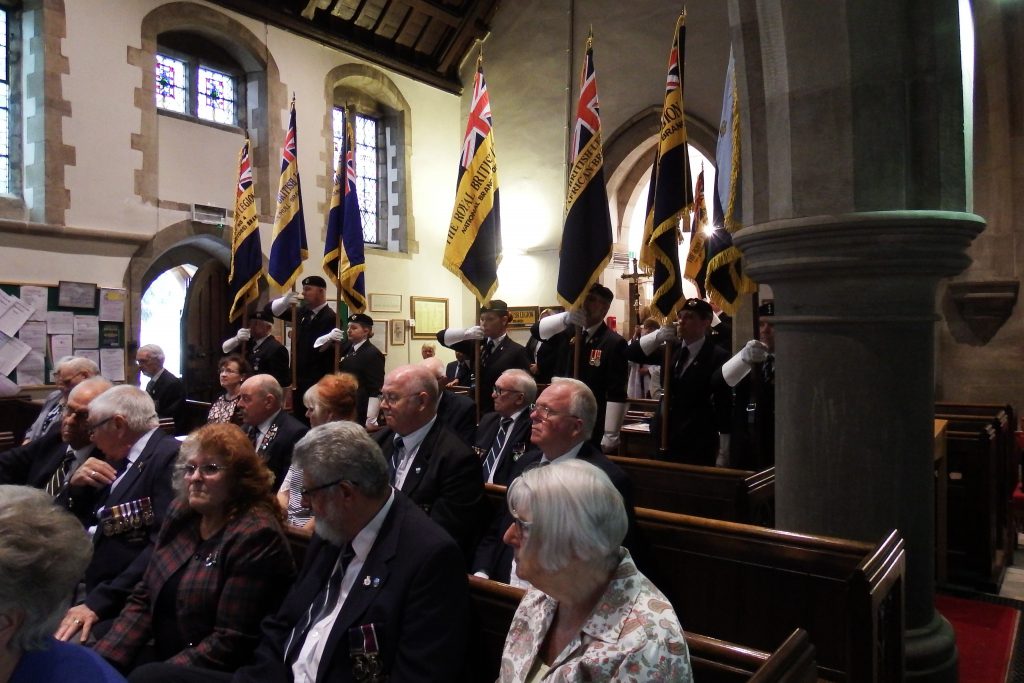 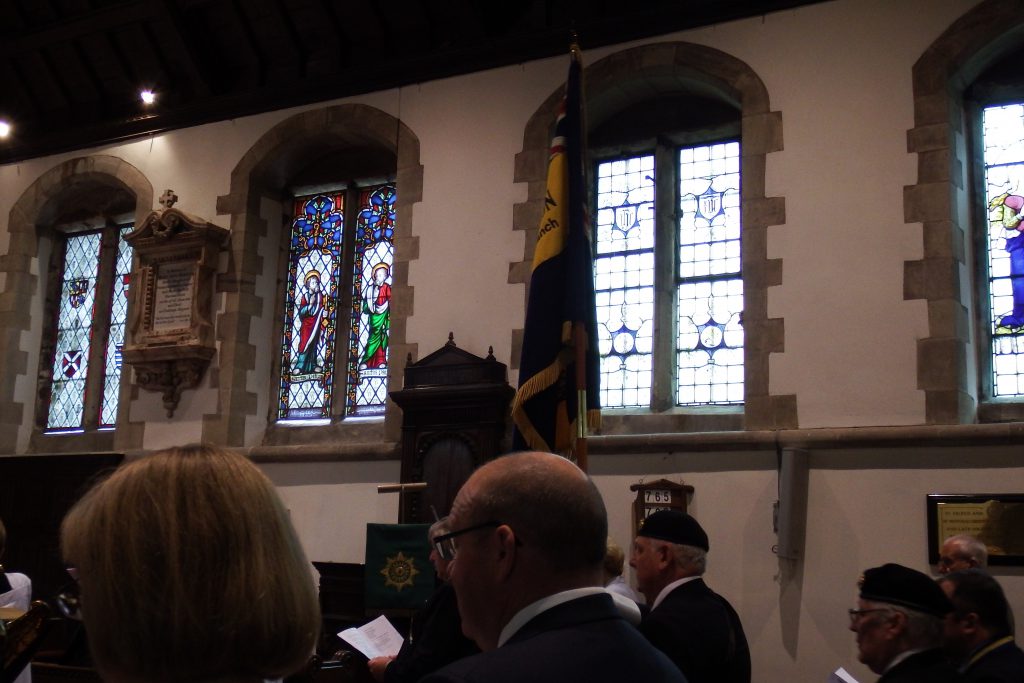 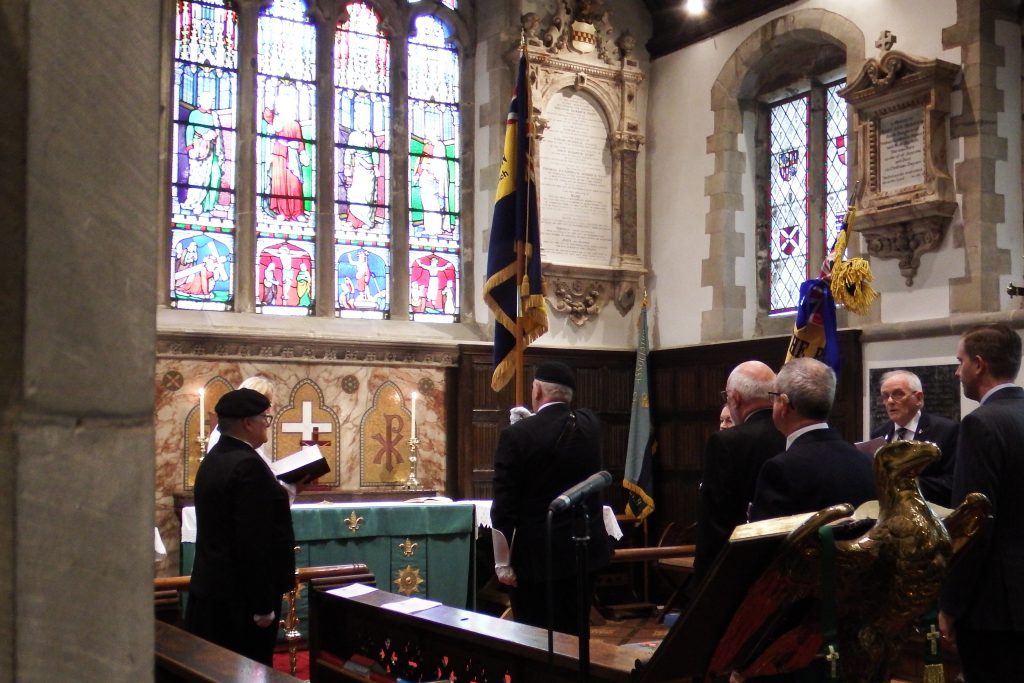 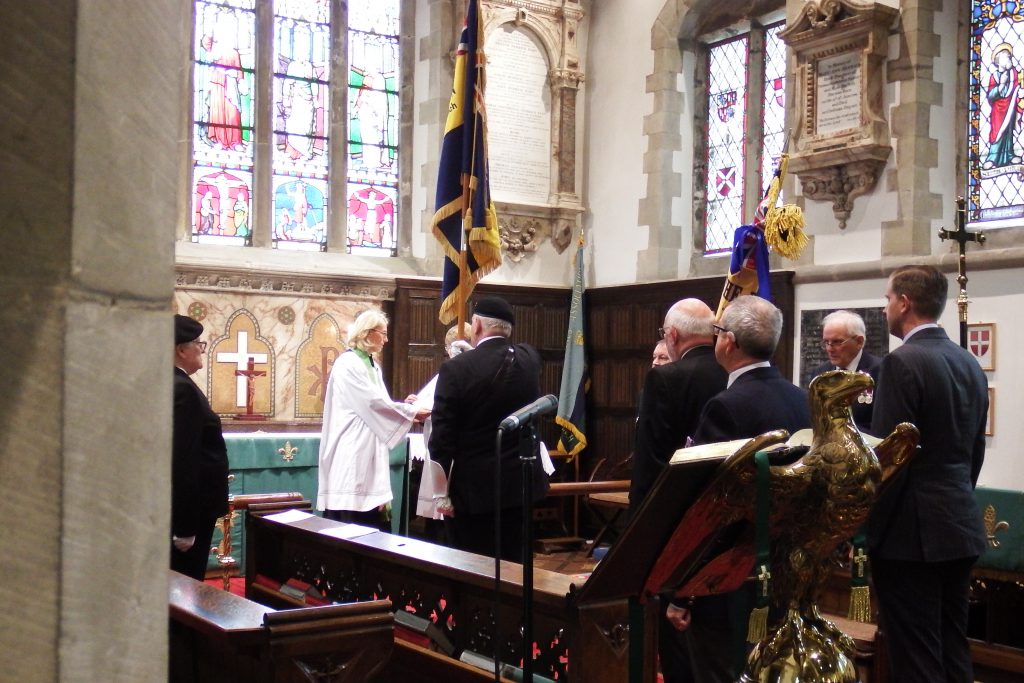 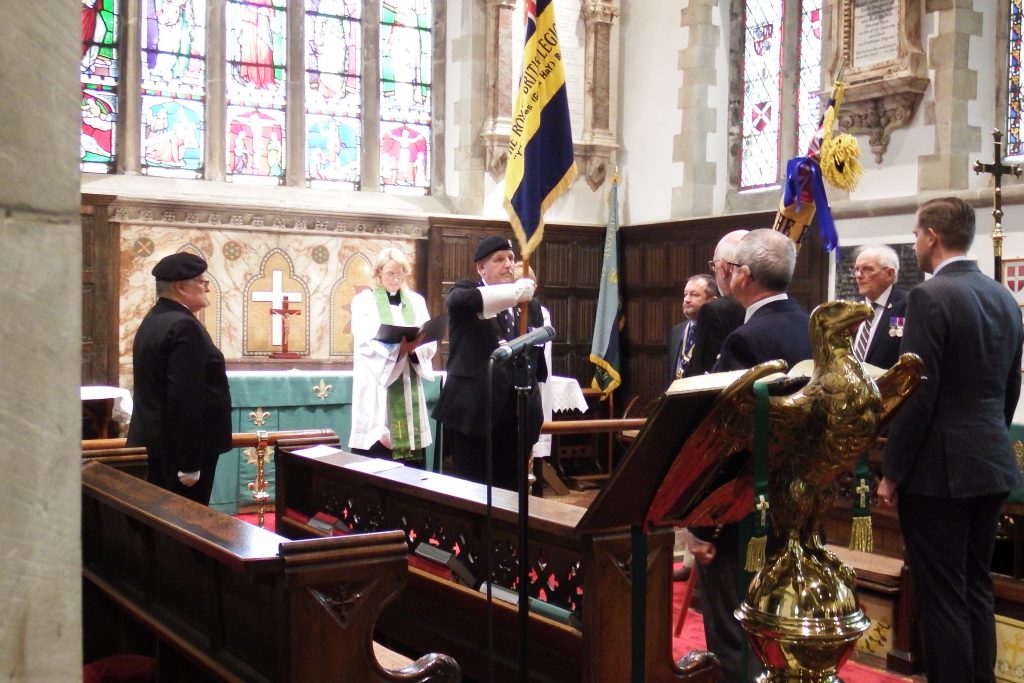 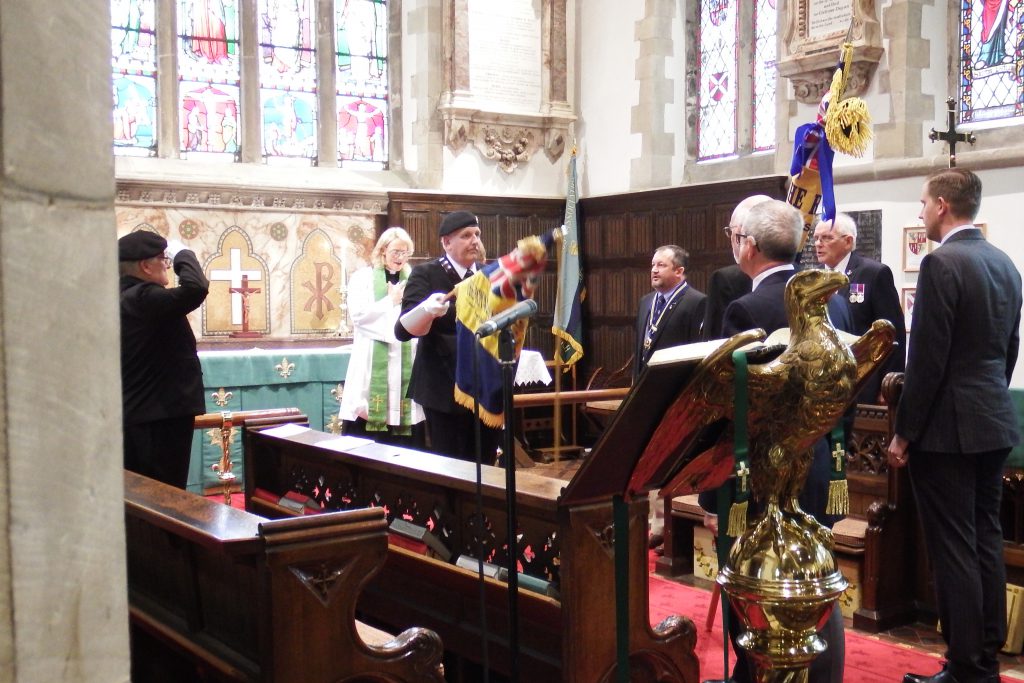 The National Anthem, the new Standard to the right 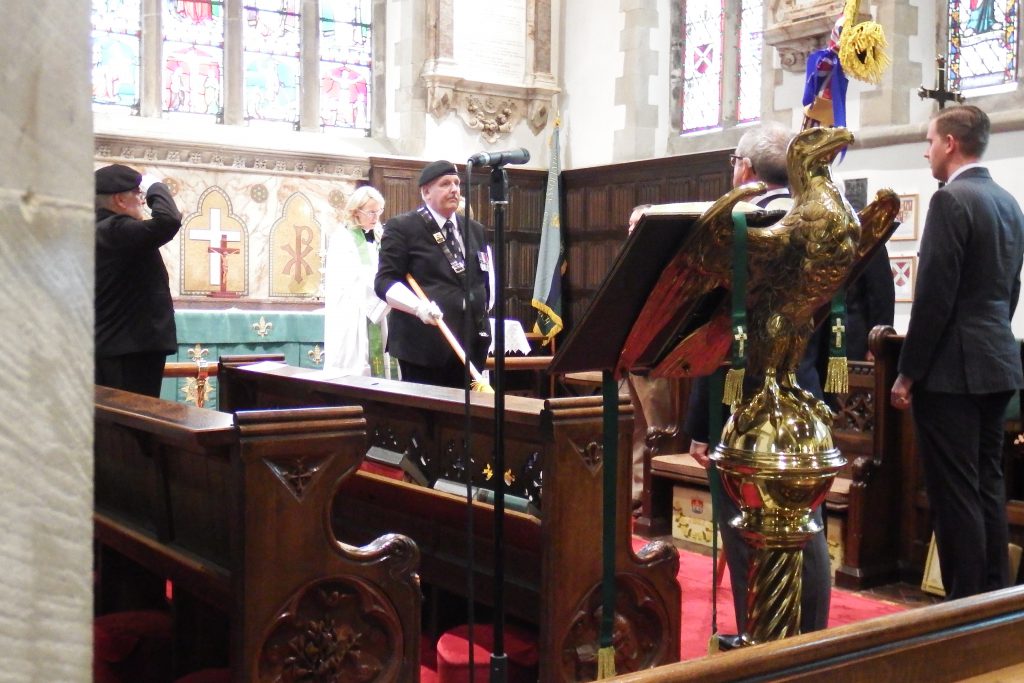 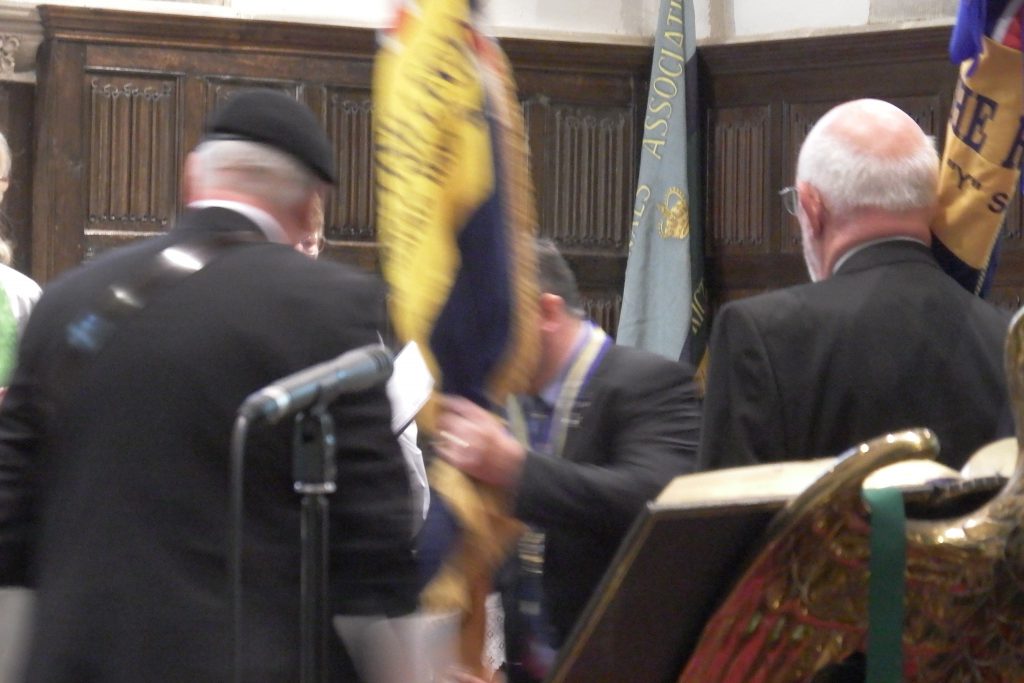 Branch Chairman, Nick Berry about to hand the old standard into the safe keeping of the church 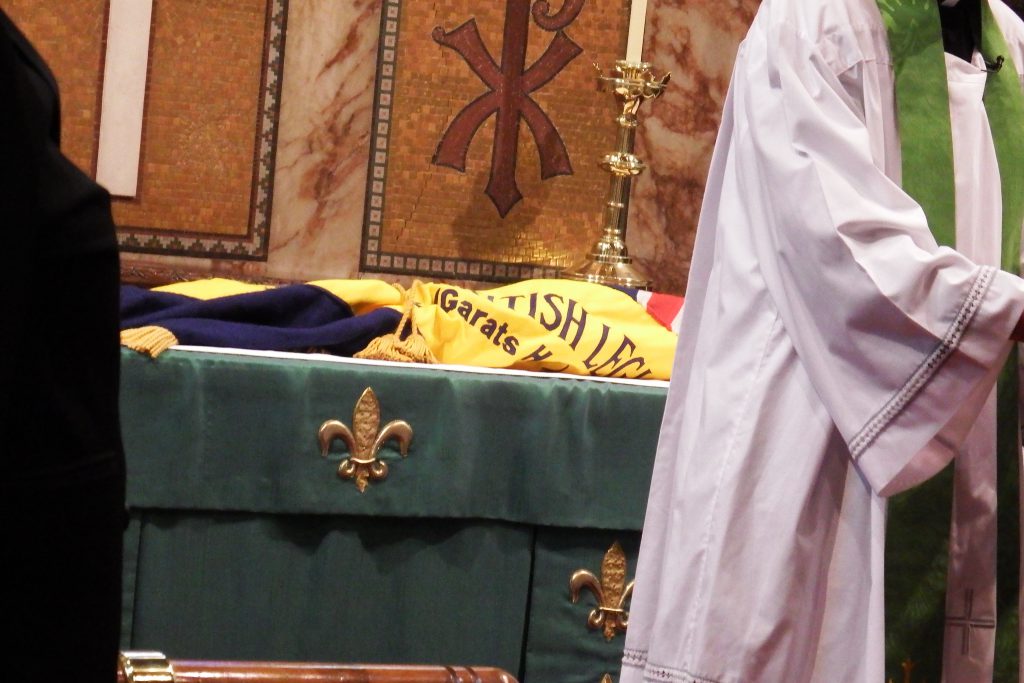 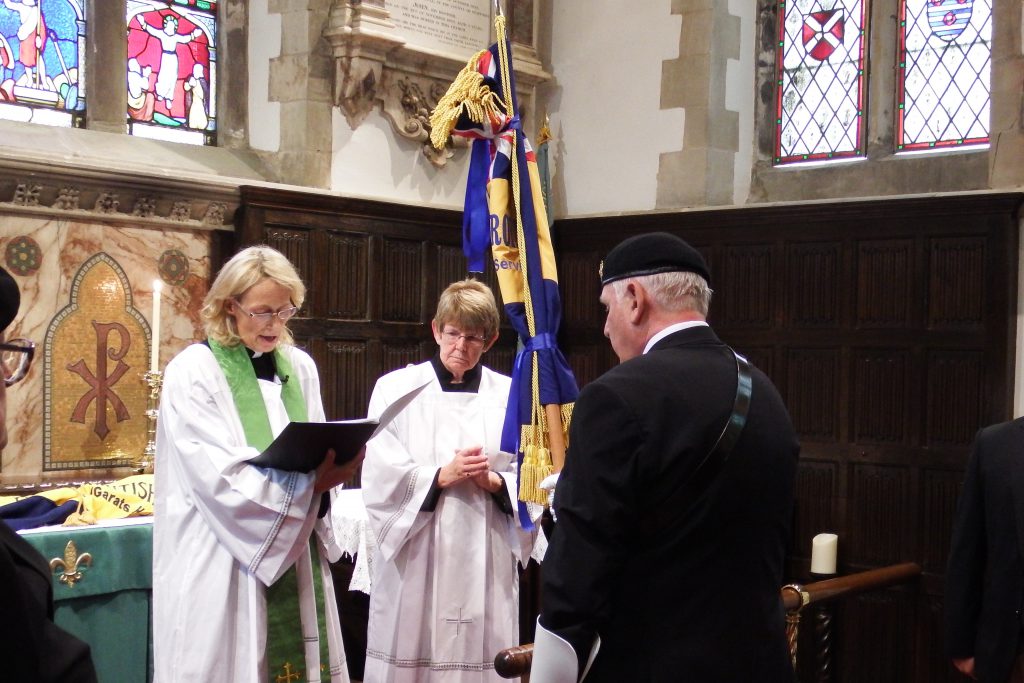 The new Standard being blessed 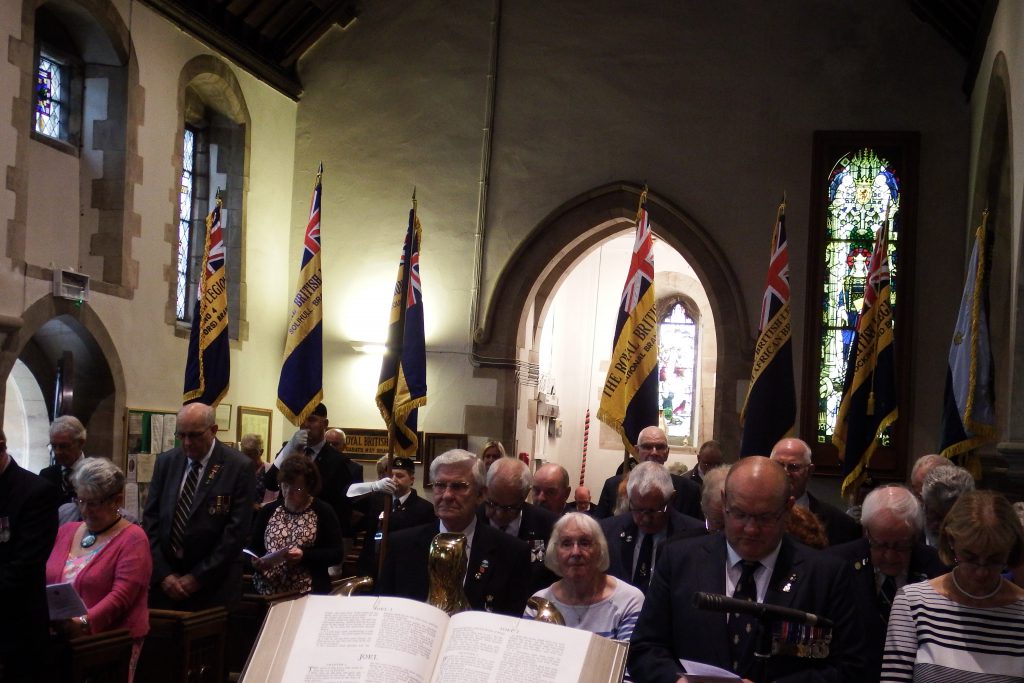 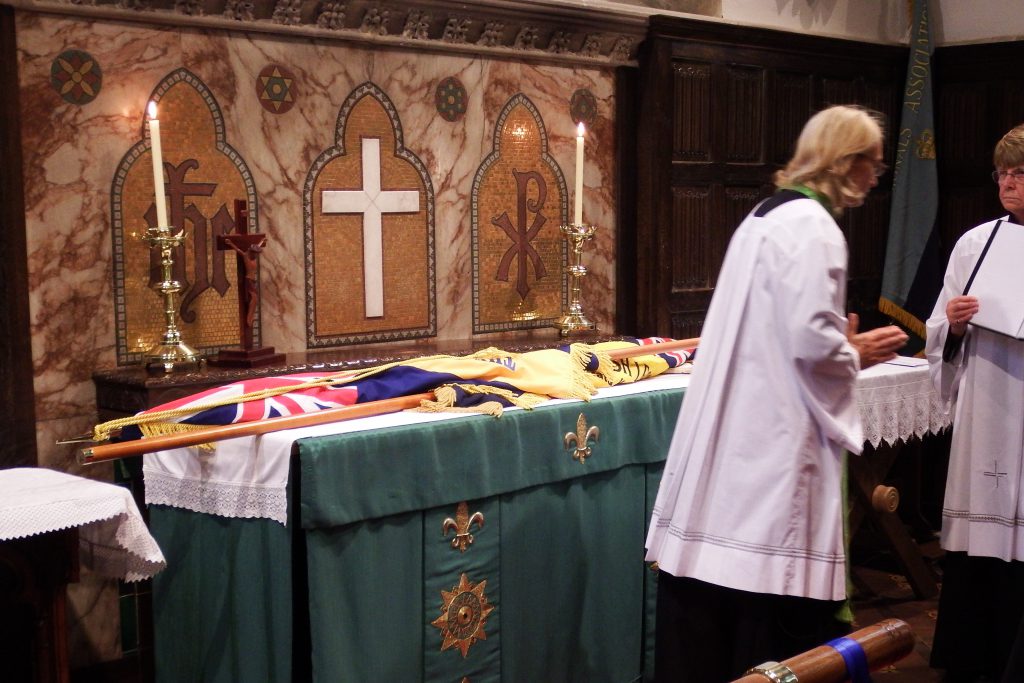 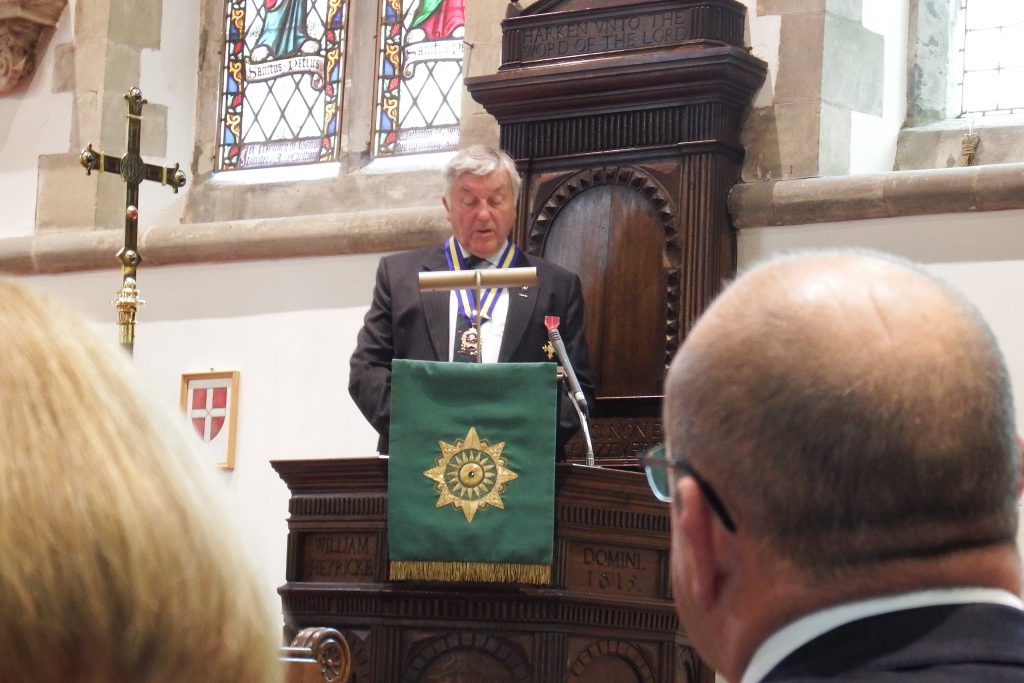 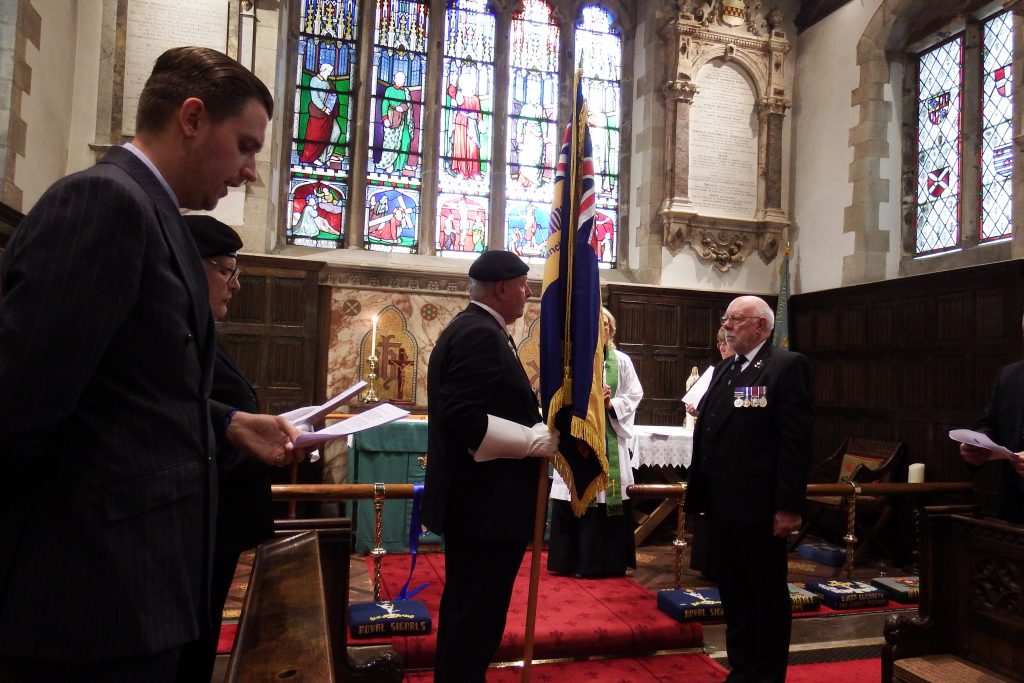 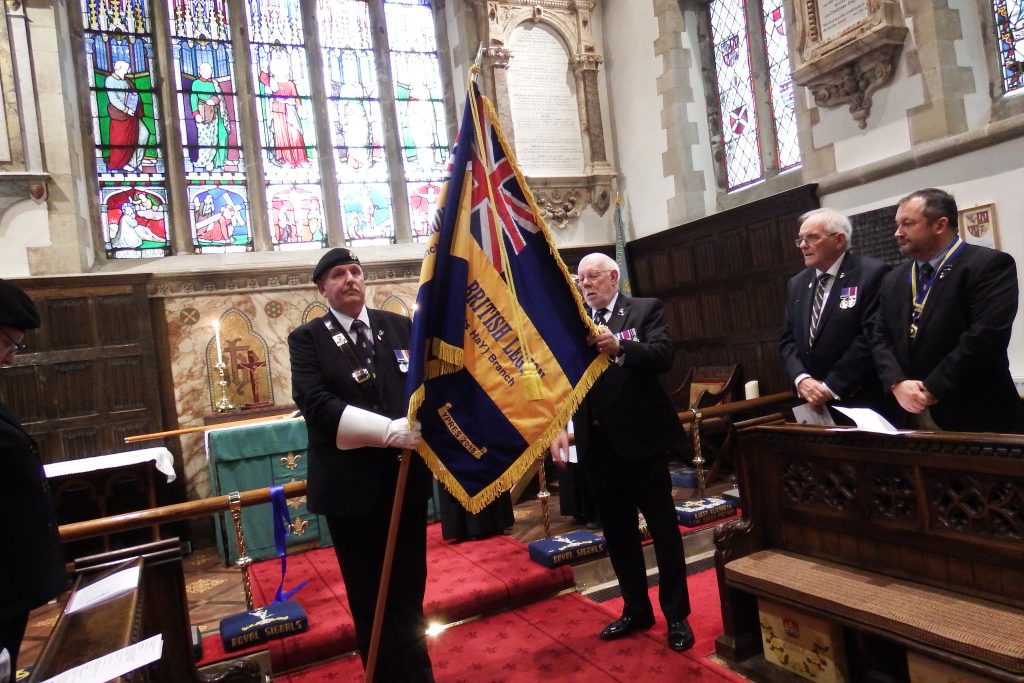 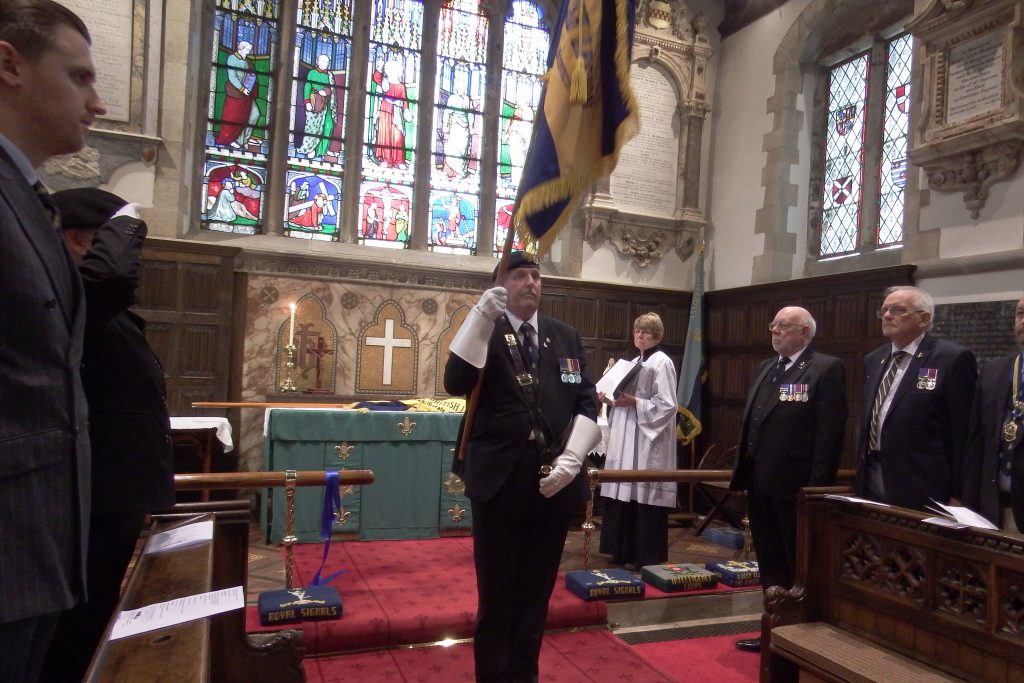 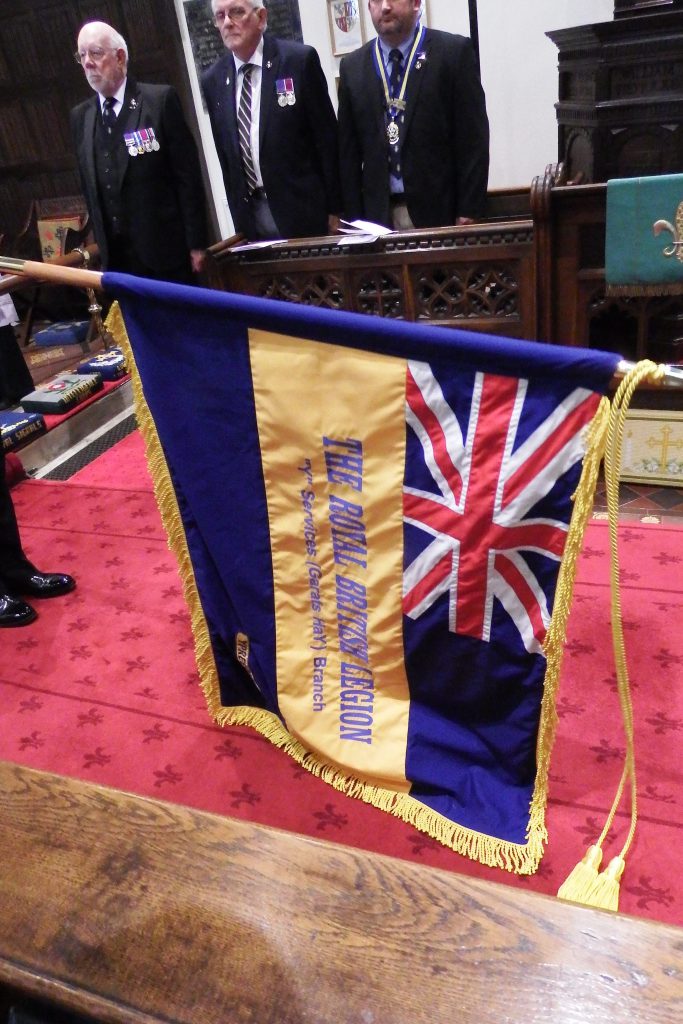 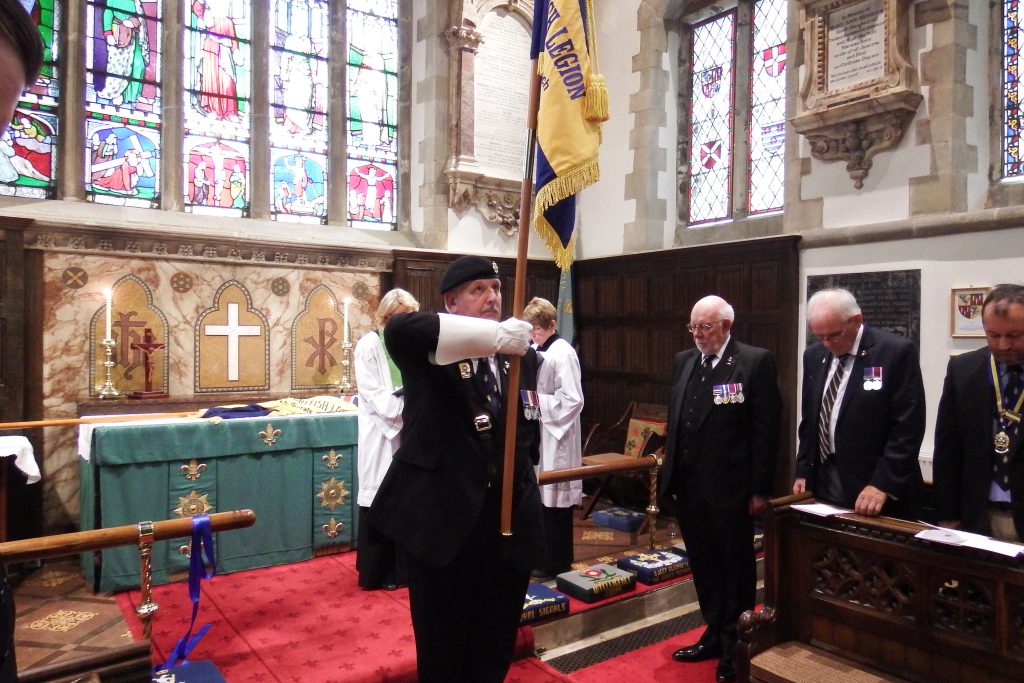 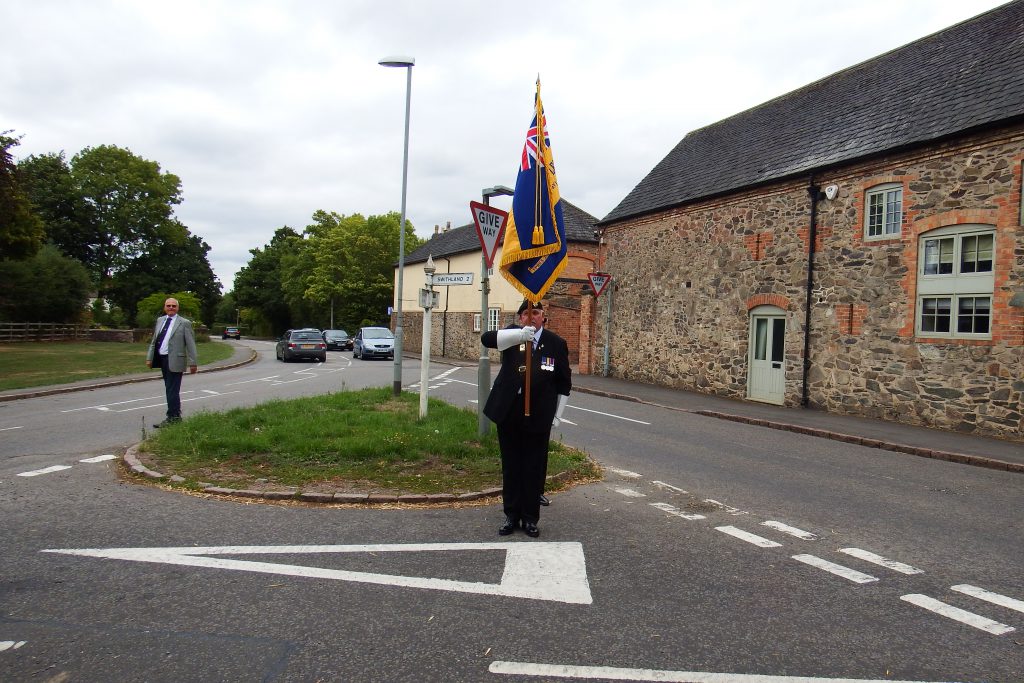 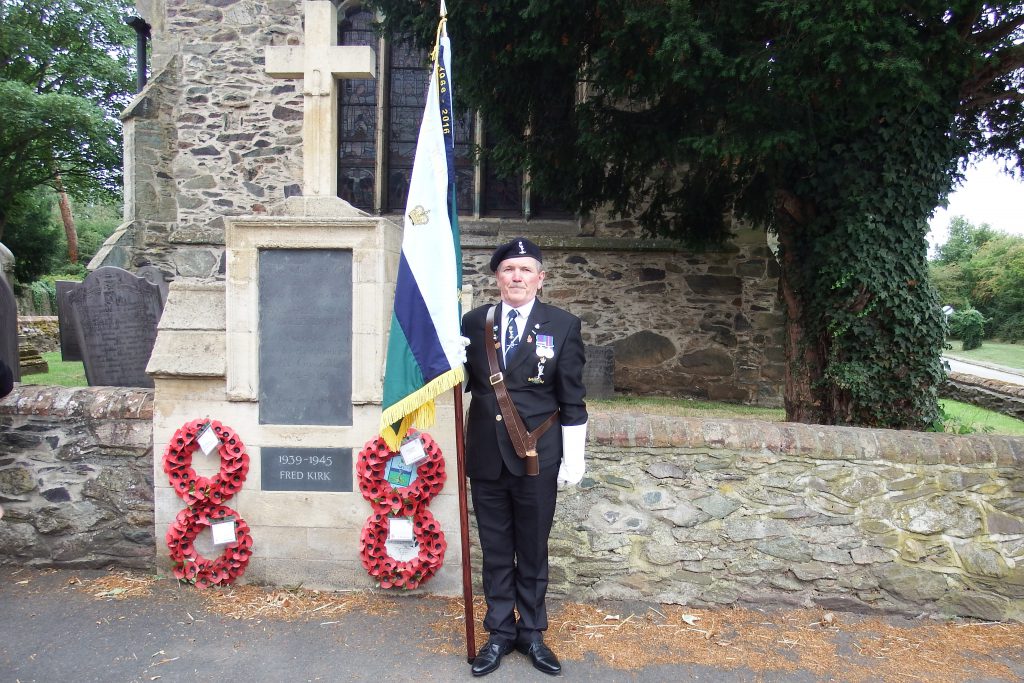 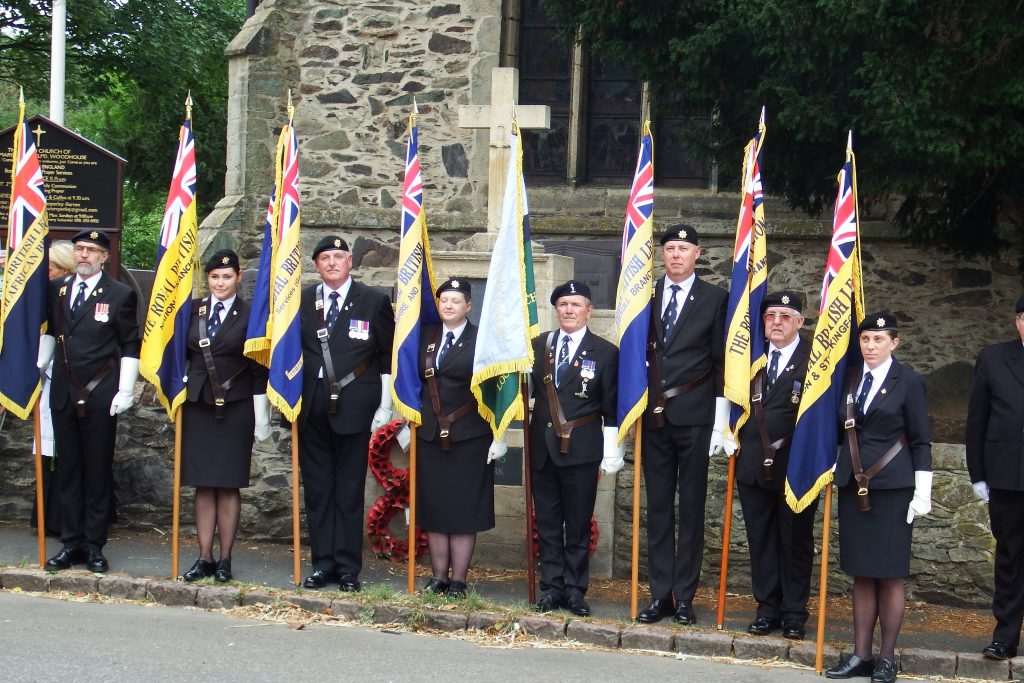 The Honour-Guard with the new Branch Standard. 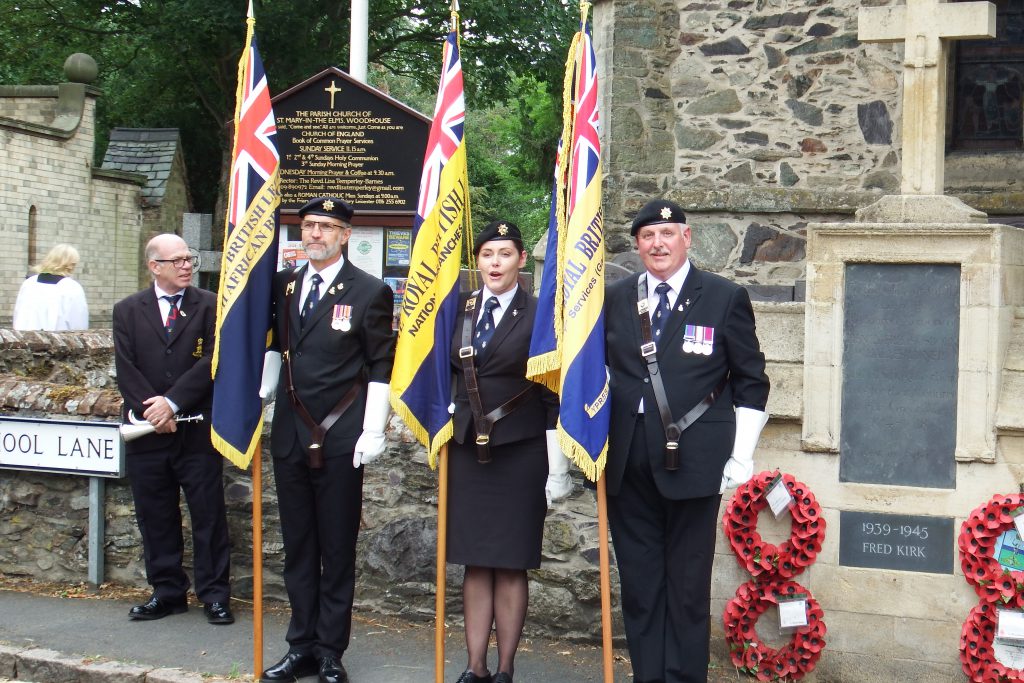 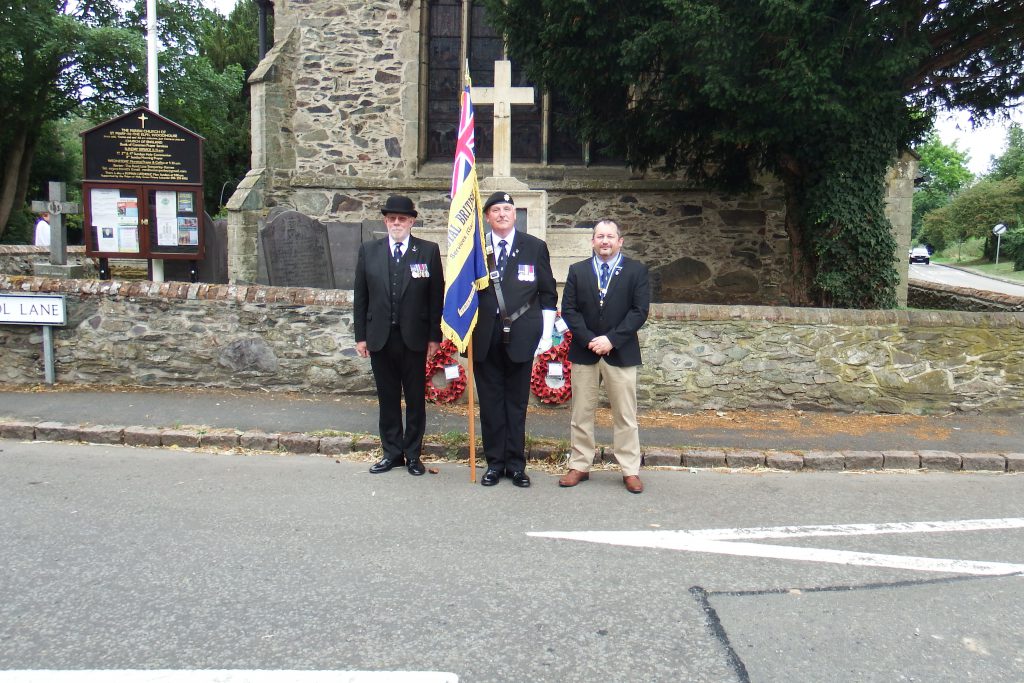